Long before I served Champagne at my first Aspen Classic there was a Classic.
As Aspen's Gary Plumley, co-founder with Ruth and Bob Kevan of Snowmass, tells it, "We were looking for a 'shoulder season', one to shoulder Aspen's business from the skiing season to the skiing season."  He met with mayor of Snowmass and social activist, Bob Kevan and his enterprising wife, Ruth, in their home in Snowmass.  The first Classics were about to be born:  two classics; one in Aspen and one in Snowmass.   Both were aided by the two Chambers of Commerce and the first years grew into such a success that soon the founders were in debt and in need of help keeping up with the growth.  Gary and Ruth and Bob had hoped, as a non-profit, to give the proceeds to the Deaf Camp for children and the Aspen Music festival.  Instead the two Chambers of Commerce had to  bail them out and purchase the festival.  Then the Chambers found a partner in American Express Publishing, which publishes"Food and Wine" magazine, and the rest falls into thirty years of historic success of American gastronomy, and Gary's 'shoulder season' in Aspen was taking off like a rocket.  Or shall I say it:  like a Champagne cork?  POW!

The first years I participated, first with Veuve Clicquot Champagne and then John Scharffenberger's Mendocino Sparkling wines, witnessed such rapid growth that Gary Plumley's Of Grapes and Grain wine shop's back room was burgeoning with cases sent by distributors.   Next Of Grapes and Grain's parking lot had to be fenced off with a night patrol keeping all the cases safe for the Food and Wine Classic tastings in the tents in the center of town.  It was great fun like a hockey scrimmage all the coming and going and popping of corks and shouting to friends not seen since the last year's Classic.  Yes indeed a real Classic was growing.  And Food and Wine was partnering with style with the Aspen community.

When Julia Child gave her support and entered the scene, the Young Chefs of America competition was born with Julia as the Queen of those kitchens.  The Young Chefs were all thrilled meeting Julia. I have those annual receptions pictures in my mind:  Julia surrounded like the rose she was by all those white toques and jackets of the Young Chefs.

The photos below are from my annual picnic given for Julia at the Jerome Hotel at the end of the Food and Wine Classic.  I will describe the participants in the photos and the picnic in detail in my next book, "Julia's Last Letter." 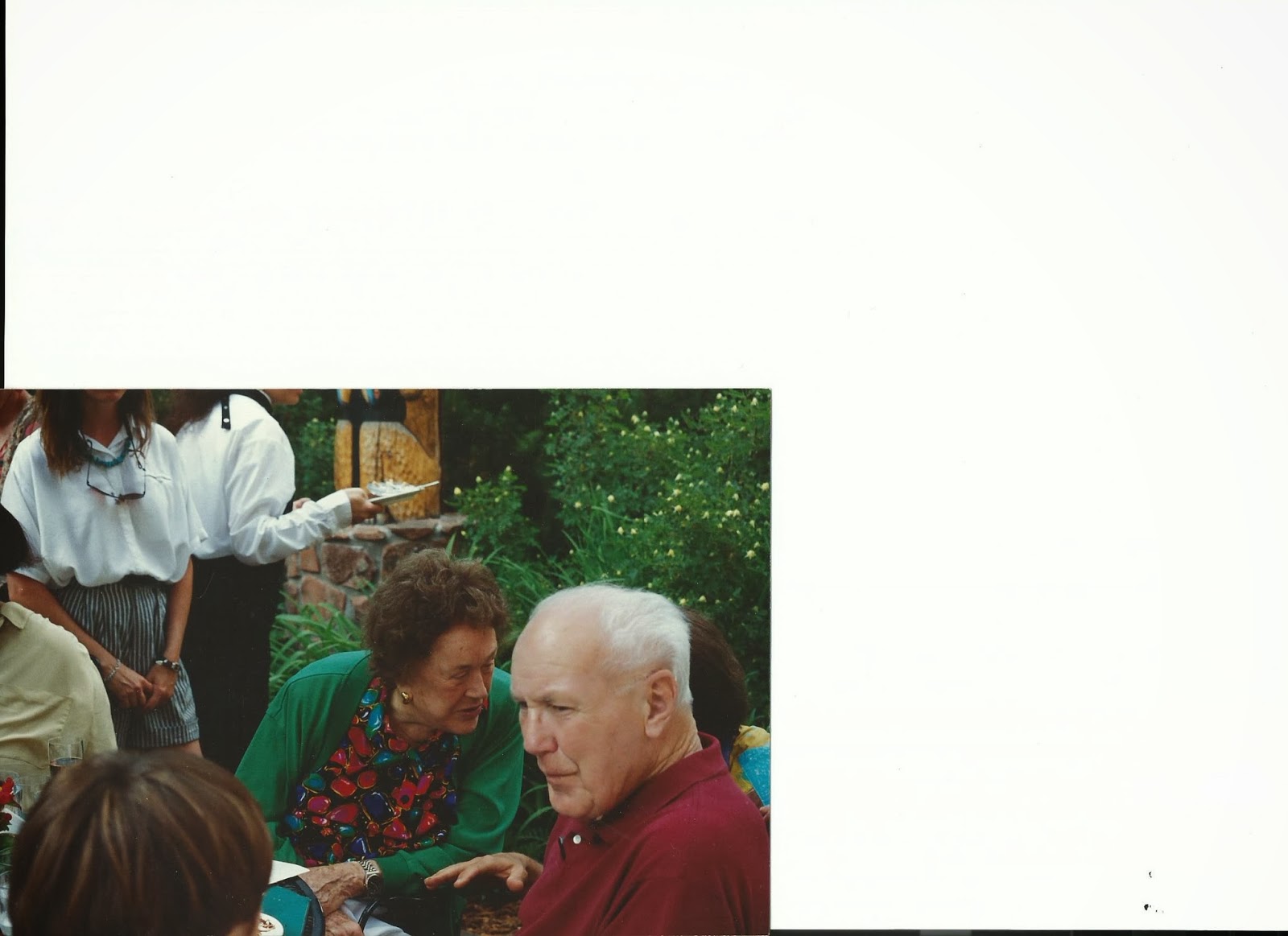 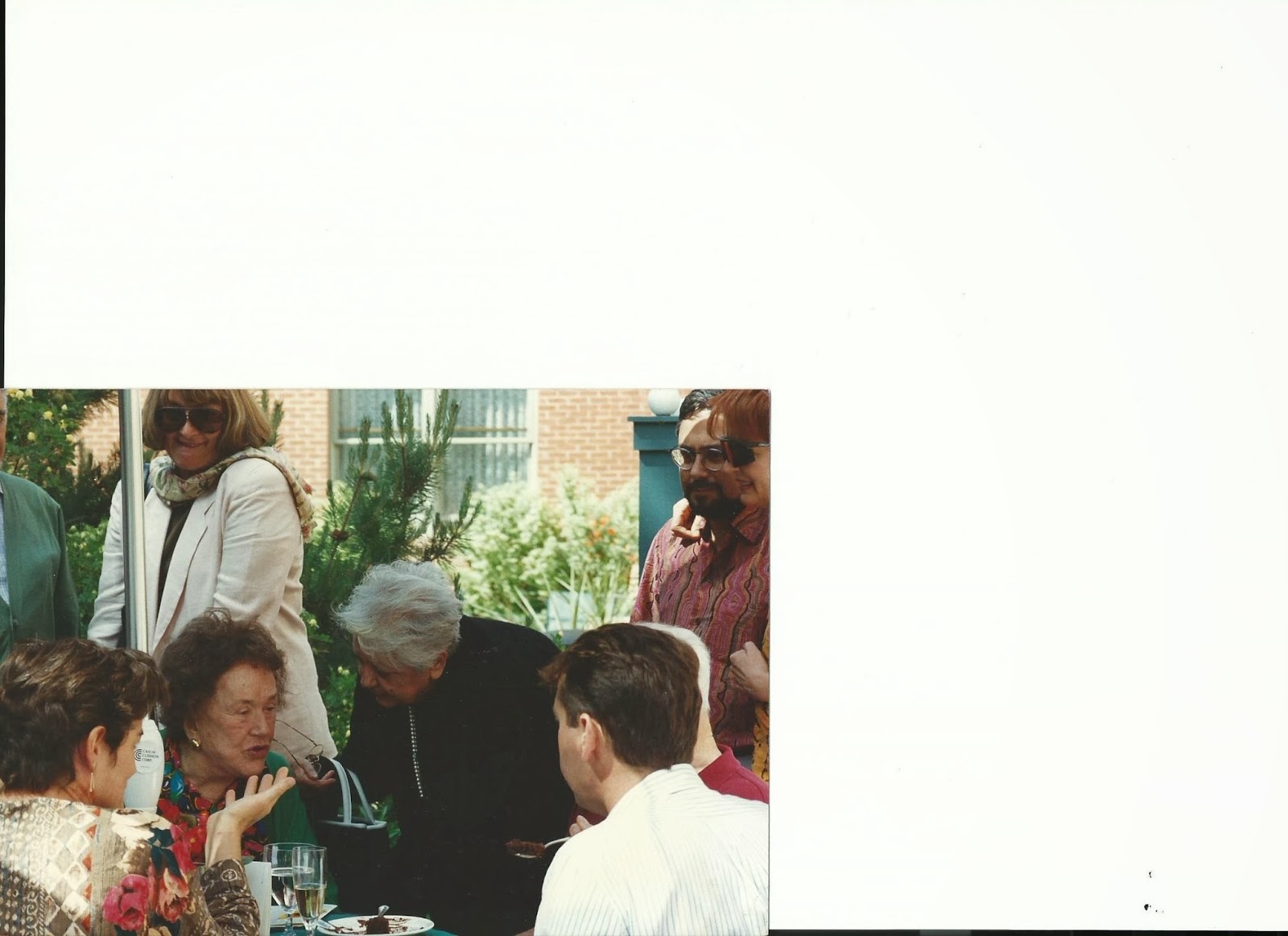 So I name Gary Plumley a true Champagne person, and the Aspen Food and Wine Classic he spearheaded into existence for Aspen's 'shoulder season' a veritable profusion of Champagne's gas of life CO2, stimulating and giving life to Gastronomy and to Aspen and to all who visit and participate in this elegant and wonderful event.

Meanwhile Julius Caesar is asking for his own blog, and so I will begin Julius's blog tomorrow.
For today, Nunc bibendum est, and sign up to go to Aspen's shoulder season - The Food and Wine Classic.

Posted by Champagne Everyday at 10:47 AM No comments:

21 Tina Packer and Shakespeare and Company are definitely like Champagne

At San Miguel de Allende Writers' conference I met up with Tina Packer, a some-time-ago classmate from London's Royal Academy of Dramatic Art, and her Shakespeare and Company production of "Women of Will", breathtakingly performed by Tina and Nigel Gore to a standing-room audience.

Before, sitting in her acting workshop, I learned so much about William Shakespeare, whose advent upon the great stage in London was, some say, heralded by the comet of 1590.   Tina spoke of the Elizabethan age ending that of closed, Church-bound Mediaeval Europe, and opening the age of the Individual.  For the fist time individuals were allowed books; printers and presses flourished;  and especially attendance at London's fourteen Theatres.  In 1589 reading in silence was something unknown.  Gloriana herself had a "Reading Room" to which she retired in private to read aloud to herself her important documents of State, understanding what they contained by hearing the words:  it was an age where reading still meant "sounding out loud."

Surely those lucky theatre audience members who sat and listened, and perhaps spoke aloud with the actors in the great theatre, were made more alive by words soaringly painting love, war, hate, envy, lust, mercy, mountains turned into clouds,  within that little "O", the great Globe, the words sounded out loud of William Shakespeare; lucky attendees made more alive, like Champagne.

The work that Tina and Nigel do to enlighten, like comets, the lives of those of us who hear the words of the Bard, acts like Champagne on our souls and illuminates our minds like "...some meteor that the sun exhales, to be to thee this night a torch-bearer, And light thee on thy way...".
(words first spoken by the boy-actor playing Juliet in 1591, so it is likely William himself had arrived in London some years earlier like 1588 or '89, and by the time the Comet of 1590 flared over London it was underlining the knowledge that a great poet was illuminating the lives of Londoners and soon would all of the world.)
If you are lucky to catch a performance of Women of Will, or any other of Shakespeare and Co.  in Lenox, Massachusetts or anywhere in the world (like in Prague this late Spring), don't walk, run to get tickets.  And buy a bottle of Champagne to celebrate with afterwards their performances that bring illumination.

Before you go please read Shakespeare and Company's Mission Statement and find the answers to these important questions:
What does it mean to be alive?
How should I act?
and
What must I do?
Shakespeare and Co believes that the creative impulse is essential to the human soul and the arts are the realized expression, creating in the creator and observer alike compassion and humanity.  Read more at the site please.
Go to see how what Tina and Shakespeare and Company are doing to create life and understanding, buoyed on the gas of life, like Champagne.
Sante!  and praise for the work of Tina Packer and her work in theatre art.
Madeleine
Madam Champagne
Post Script:  in 1969 I took my little daughter to see the great French actor, Louis Seigner perform le Malade Imaginaire at the Comedie Francaise.  That afternoon was Maitre Seigner's 180th performance, an iconic role for him.  The audience spoke the lines, at first softly, and finally sounding, some shouting, the words with the great actor.  Such a tribute: they had memorized the whole play.
My daughter was transfixed during listening to and somewhat participating in so  dramatic an afternoon.
www.madeleinedeJean.com

Posted by Champagne Everyday at 2:49 PM No comments:

We all know that Steven Spurrier, MW, founder of wine emporium Caves de la Madeleine in Paris, off Place de la Madeleine, showed his business-savvy and wine-knowledge confidence when he introduced taste-before-you-buy in that Paris wine shop in the 1970s.


Steven and I first met at the Heublein wine auctions, and later in his wonderful Caves which diversified into a bistro as well.  Our mutual friend Georges Lepre also took me there when he was Chef Sommelier at the Hotel Ritz just up from Madeleine in Place Vendome.


Steven’s wine shop-bistro became a natural meeting place for wine lovers.  And among them in those early 1970 years was the real Charles F. Shaw.  Chuck at that time was working in the banking profession in Paris.  He frequented Caves de la Madeleine, and became inspired to visit Georges Duboeuf in Beaujolais.  The rest is history.  Chuck returned to the USA from banking with some vine cuttings in his socks of Duboeuf’s Gamay Noir au Jus Blanc and planted them in rolling vineyard acreage outside of St. Helena and created the fine Charles Shaw Winery. 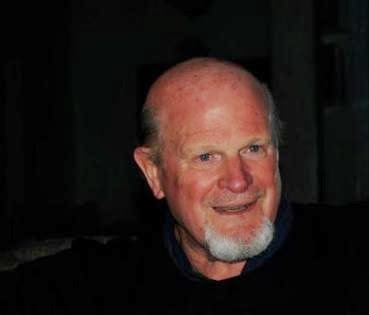 (Chuck Shaw today at his new winery in Michigan.)


By the mid 1970s Steven Spurrier had travelled to the USA and its vineyards in the west, and knew that there were splendid wines being produced.   Knowing the French intransigence when it came to the superiority of their wines, he created a blind wine competition with the wine-makers as judges in which there were representatives from the same grape varieties from both USA and French wineries.  When the blindfolds were removed he startling results are considered the “Judgment of Paris” because they turned the wine world on its ears:  many Napa wines toppled the French varieties, causing quite a stir and thankfully not a war.


The phrase “Judgment of Paris” takes us back all the way in Greek Bronze Age history and mythology to the son of King Priam of Troy who was called Paris.  And because he was so beautiful in more modern times the great city of Light on the Seine took his name.  But way back around 1250 BC three Greek goddesses knew that each herself was the most beautiful goddess in the world.  And a beauty pageant was held.  The contestants were goddess Athena, goddess Hera, and goddess Aphrodite.    Things were going just fine in the competitions, singing, dancing, story telling, just like at Miss America’s events today.  But the goddess of discord, Eris, had to arrive and stir things up.  She challenged Paris to say right out who was the fairest of them all.  Poor Paris. He hemmed and hawed.  But Discord was bristling for a judgment.  And Paris gave his judgment; the winner was Aphrodite.


This was therefore the First Judgment of Paris.  And it caused a war.  The Trojan War.


The 1900 Paris Exposition’s wine competition in which Prince Golitsyn’s sparkling Novy Svet from the Crimea topped Champagnes from Champagne and won the honor of putting the word Champagne on the bottle can rightly therefore be called the Second Judgment of Paris.  It did not lead to anything but more understanding and broadening of friendships.


And the cleverly-named wine-competition Steven Spurrier organized is rightly the Third Judgment of Paris.


These competitions keep wines and wine-makers striving for the very best.


And while beauty pageants often are hard contested thankfully since 1250 B.C. no more wars have been caused over the results.    So far.

Posted by Champagne Everyday at 3:09 PM No comments:

In 1900 at Paris’s World Exhibition, an unusual bottle was included in the Champagne-tasting competition.  Russian Prince Lev Golitsyn entered his Novy Svet, method champenoise, full-mousse wine into the prestigious competition for Champagnes.
The envelope please:
Prince Golitsyn’s Crimean sparkling wine, in a blind-tasting, - the Premier Judgment of Paris – came in first: overturning; mind-blowing; upsetting all the esteemed judges’ taste-buds.  And thus today, the only vineyard in the world outside of the DOAC of Champagne, France, whose wines can legally be called Champagne is in the Ukraine, Crimean Novy Svet.
The Prince was a not only a member of the Russian Royal Family, but an experienced oenologist who understood that his Crimean land was on the golden parallel, between which the finest of wines can be produced.  In 1896 his sparkling wines were served at the festivities for the coronation of the newest Tzar.  It was from one of these wines produced for that evening that came the bottles entered at the Paris exhibition of 1900.
As a result of this startling Judgment the Prince’s sparkling wines were deemed worthy of bearing the word Champagne, making them today the only sparkling wines in the world outside of Champagne to be so blessed.  Quiet an official honor the Exhibition’s Judges bestowed.
The winery has been restored, as well as the underground caves.  Visitors to the Crimea should seek out and visit this world-class Champagne producing winery.
Let the Games begin!
Caesar would be proud of how his invention has spread.
The Night Julius Caesar Invented Champagne
www.madeleinedeJean.com
Posted by Champagne Everyday at 1:19 PM No comments: